How to add a form to a group

Sometimes you want a form to only be accessible to a certain group on your Hubbli site.  For example, maybe a certain class is going on a field trip and you need to whip up a form to get the parents consent but you don't want all the other parents to see this form and think they need to fill it out as well.

That is why we have a feature called Group Forms which allows you to add a form to either one, or multiple groups only.  When you do this, these forms are only seen by members of these particular groups.  They can be found in the 'Forms' tab within the respective groups, but also seen on the main 'Forms' page, but don't worry, these forms will be hidden from any users that are not members of the groups these forms are assigned to.

Here are the steps to assign a form to one or many groups.

2. Go to the drop down on the right panel of the form editor titled 'Make This a Group Form' and click it to view all your site groups.

3. Then select whichever groups this form applies to.

4. Remember to click 'Update Form' when you are done.

Now only members of these groups will find this form within the 'Forms' tab of these groups, or in the main 'Forms' page of the site which is filtered only to show users the forms they are supposed to see. 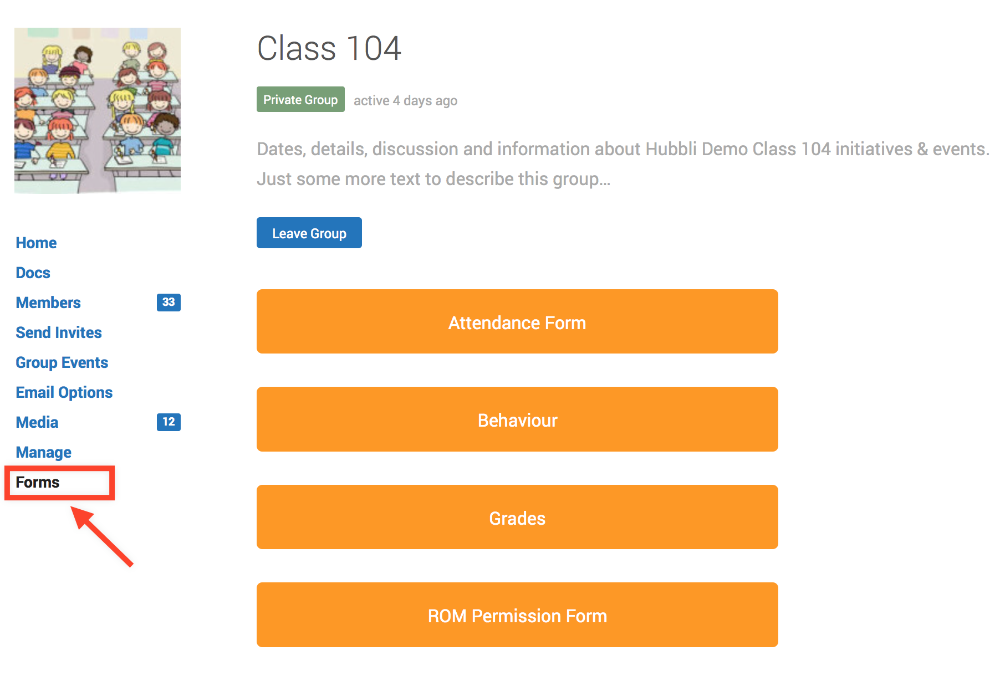